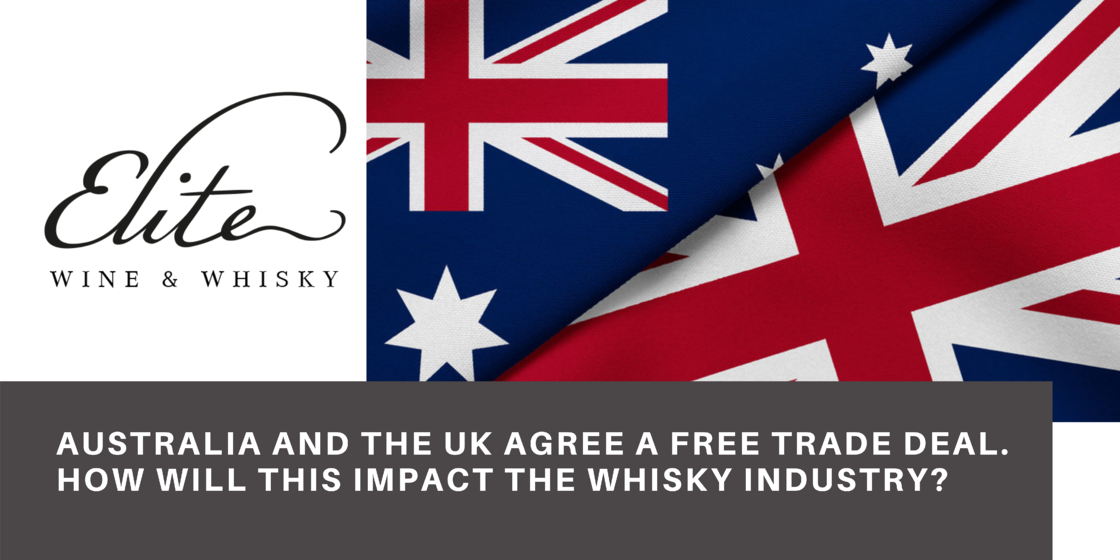 The impact that this will have post-Brexit on the UK economy is likely to be extremely positive, allowing exports to be traded with much greater freedom. This news has been anticipated for many months, and looks to encourage global markets of commodities which are sold between the two nations. Agreeing this deal will likely cause a cascade effect to other nations, allowing more free trade from the UK to alternative markets, and vice versa.

As with any trade deal, it is extremely important
to consider how this will impact exports from the
UK, as well as the general economy. Whilst
Brexit may have impacted exports between the
UK and Europe, allowing freer trade across the
world could increase the movement of exports of
commodities from the UK.

One such of these greatly impacted commodities is set to be whisky, with the Scotch Whisky Association collating data showing exports of Scotch whisky were worth £4.9bn in 2019, which is 75% of the total Scottish food and drink exports.

Freer trade will therefore be extremely important in encouraging greater exports of whisky from Scotland, with reduced tariffs allowing higher prices to be achieved across commodities. It will therefore mean that British products like Scotch whisky, cars and biscuits will be sold in to Australia at lower prices, creating an even greatly improved trade relationship building on the £13.9 billion it valued at last year alone.

“This will help Scotch whisky distillers continue to expand exports to Australia, our eight largest market by value. We await further details of the agreement in principle, but a framework for addressing regulatory barriers to trade with Australia, to ensure greater legal protection and tax fairness for Scotch whisky, is also important to us, and – if delivered in this agreement – will be a real boost for the industry.” – Karen Betts, Scotch Whisky Association Boss

Elite Wine & Whisky is predicting that this tariff removal in Australia will gradually cause a shift in purchasing demands back to Scotch whisky over other national whiskies. Scottish whisky distilleries will therefore be looking to enhancing production once again to meet these increased demands. Furthermore, when considering whisky collections, the greater consumption of Scotch whisky across Australia will increase the potential of capitalising on this blossoming market in which rare whisky can be sold in to. With the export market mainly being driven by supply and demand, increasing purchasing demand would mean that export prices will have the ability to rise again, positively impacting investment power in unison.

“This trade deal could provide great opportunities in expanding the Australian exports market, driving up the demand for Scottish whisky even higher than currently observed. In times when many industries are fighting against various different battles, having greater opportunity for growth will be extremely important in the development of the whisky industry.” – Nick Green, Executive Director at Elite Wine & Whisky

Now that this trade deal has been achieved, it will be down to whisky distilleries to ensure that they are prepared for changing times ahead. Whilst many distilleries felt the impact of having to close their doors during the global pandemic in order to protect their staff, slow production over this period means that whisky distilled in the previous few years will be in higher demand, especially as it is matured in casks. Ensuring there is a flow of money in to the distilleries through the sale of whisky and visitors to the sites, the distilleries have the ability to invest more in production, which has a positive feedback on future production. As trade to new markets increase, the distilleries will be able to meet the demand whilst also being able to store whiskies in order to allow them to mature and develop in their flavour profile. It is also important that distilleries continue to establish highly collectible casks of whisky, in which production is limited, as well as maintaining their older malts, in order to ensure demand doesn’t overwhelm production and maturation of investable whisky.

As the UK secures more trade deals with non-EU states, the export markets are expected to increasingly be supported to dissipate the impact of Brexit on UK. Although it is relatively unknown how the aftermath of the global pandemic will impact trade, it is extremely important for industries throughout the UK that international trade is continually encouraged.  Market predictions in the whisky industry are extremely optimistic, with returns of between 12-20% expected to be achievable in the coming few years. Whilst the whisky market is constantly developing, Elite Wine & Whisky are able to provide collectors advice in how to achieve exceptional returns; whether they are based in the UK, Australia or anywhere else in the world!

Take advantage of the free trade deal and its potential benefits, if you would like to talk to one of our team members
about expanding your portfolio feel free to get in touch:

We are proud to work with: