In the foggy outskirts of Glasgow, under a full moon, Port Dundas Distillery appears as a ghostly figure. Once the largest distillery in Scotland, Port Dundas came to Sir Lawrence Dundas in a dream and soon became a thriving powerhouse for exceptional malts. You can still hear the workers feeding the distillery’s massive three Coffey and five pot stills under the shadow of what was once the tallest brick chimney in the world.

Port Dundas, the History, the Legend

Port Dundas opened its doors in 1811. It survived the World Wars and two fires before getting lost in the shadows to join the illustrious Scottish ghost distilleries — Port Dundas blessed the world with the most wonderful whiskies for 200 years before being dismantled in 2011.

The colossal distillery was once a force for malt and grain whisky production and worked with peated and unpeated malts, corn barley and rye. By 1902 Port Dundas grew to absorb the acclaimed Dundashill distillery, the largest pot still distillery at the time, and had its own cooperage on-site. Diageo set its hands on the legendary Port Dundas and renovated the historic estate. By 2010, though, the conglomerate migrated its grain whisky production to Cameronbridge and sang Port Dundas’ last song.

Of the 39 million litres of extraordinary whisky created in Port Dundas, only a few barrels remain, and they’re longed by whisky enthusiasts and collectors alike. The rare whisky market has skyrocketed in the last few years, and ghost distilleries have certainly played a role in this quest to bring back to life the most exclusive blends. There will never be whisky like Port Dundas, and once it’s gone, it will be gone forever.

The grain whisky that once made Port Dundas famous was used to produce the most spectacular Blended Scotch, including the finest from Johnnie Walker, J&B, Vat 69 and White Horse. The unmistakable character of the distillery’s whisky is now considered a valued asset that might come to life in the future with exclusive blends of limited production. The last barrels of Port Dundas Whisky are worthy of the most exclusive portfolio, and the secondary market is eager to see the distilleries last breath in what will surely become a unique expression of Scotch whisky’s golden age.

Elite Wine & Whisky owns some of the few remaining casks of Port Dundas grain whisky with a pristine provenance and stored in state-of-the-art storage facilities. These authentic time capsules capture the spirit of the distillery’s greatness. The market for cult whisky grew at a rate of 13.1% in 2020, over performing luxury investments in the past decade, and this is still a young market.

Scotland will always produce striking whisky, but the most thoughtful investment opportunities involve spirits that have been frozen in time. Whisky that can’t be replicated and that will forever live in our memories — that’s the type of whisky to covet and cherish. That’s where the real value lies, in Scotland’s ghost distilleries like Port Dundas fading away into the night.

Please get in touch if you would like to talk to one of our team members about this distillery or others available.

We’ve teamed up with Elite Wine & Whisky to offer MyMail members the chance to win a highly sought-after cask of 10-year-old Ardmore whisky. The cask

Why are a growing number of investors turning to drink? There’s a dram good reason

Whisky is a symbol of Scottish craftsmanship and tradition, of durability and reliability.And though it hasn’t been around forever, it has been recognised throughout history.Its

The Digital Age Is Giving Businesses The Opportunity To Enhance Globalization

Managing director of Elite Wine & Whisky, Nick Green oversees purchases, operations and heads up the company’s global strategies. As businesses throughout the world have been impacted

Success Never Tasted So Sweet – Expand Your MIND and Your ASSETS

Scotch whisky is a symbol of British craftsmanship and tradition, of durability and reliability. And though it hasn’t been around for ever, it has been

Elite Wine and Whisky, the UK’s leading wine and whisky investment specialist, takes us through post-COVID growth in the high-end spirits sector and the potential

How The U.K. And Australia’s Free Trade Deal Will Impact The Whisky Industry

Managing director of Elite Wine & Whisky, Nick Green oversees purchases, operations and heads up the company’s global strategies. It has been announced that the

Wine, art, now even non-fungible tokens – the list of alternative asset classes is as varied as it is long. But whisky casks are making

How to start investing in whisky

Saved up over lockdown and not sure what to invest in? Why not invest in whisky—Nick Moyle and Rich Hood unpack how to start. While

Expert’s guide to investing in whiskey

With almost four casks of whiskey to every person in Scotland, deciphering the best whiskey for investing can prove quite the challenge. Unless you listen 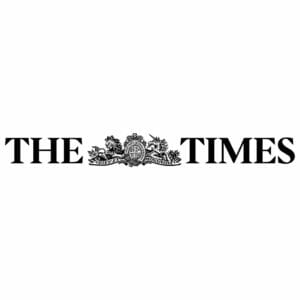 Liquid gold: is it time you invested in whisky?

Managing director of Elite Wine & Whisky, Nick Green oversees purchases, operations and heads up the company’s global strategies. Following the effects that Brexit had on trade

Whisky Investment – Why Now and Why Whisky? By Elite Wine and Whisky

The global landscape of investments has changed dramatically in recent years, with the general public now having a greater ability to take trading in to 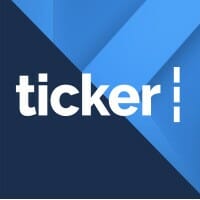 We were delighted to feature on Australian Live Tv. Ticker News is a live broadcast about the latest political news, finance, business, and tech. Here 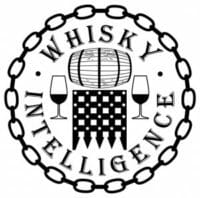 Popular with whiskey lovers around the world today, Irish whiskey had mixed fortunes in the past.

Julie Sheppard takes a look at the history of whiskey production in the Emerald Isle and recommends eight great bottles to try. Following on from

Popular with whiskey lovers around the world today, Irish whiskey had mixed fortunes in the past. Julie Sheppard takes a look at the history of 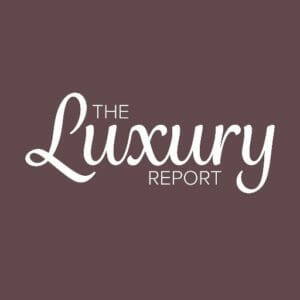 Expand your mind and your assets with Elite Wine & Whisky. The global landscape of investments has changed dramatically in recent years, with the general public 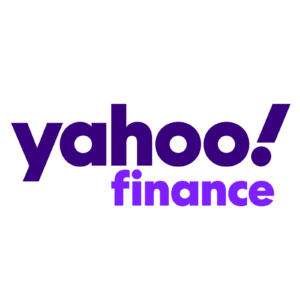 Why whisky and why now?

The global landscape of investments has changed dramatically in recent years, with the general public now having a greater ability to take trading into their

Scotch sales in China, the market is hot.

Scotch has international acclaim and fans worldwide. And although the market growth weakened during the Covid crisis, as low as 23%, a phenomenon shared with

In the foggy outskirts of Glasgow, under a full moon, Port Dundas Distillery appears as a ghostly figure. Once the largest distillery in Scotland, Port

Hello all, October is official here! It’s been another busy month here at Elite Wine & Whisky. Please find below a short whisky overview and

THE GLOBAL PANDEMIC has provided difficult times for many industries and markets, with consumer sales being greatly impacted in the midst of global uncertainty. Many industries

Hello all, We hope you’ve had a glorious summer so far and despite the bad weather, been able to make the most of it! It’s been

Regionality is the greatest starting point when exploring scotch whiskies. Traditionally this is the most common way retailers both online and offline, organise and arrange

It has been announced that the UK has finally secured an extremely important trade deal with Australia – the removal of a 5% tariff which will be important in enhancing trade between the Commonwealth nations.

Speyside Single Malts are single malt Scotch whiskies, distilled in the area known as Speyside. Speyside is a sub-region of the Highlands located in Morayshire within the Highlands of Scotland.

Hello All, We hope you have had the opportunity to enjoy some of the good weather over the Bank Holiday weekend, although by the time

Reference: Yahoo! Finance The following is a statement from Elite Wine & Whisky – Following the news that President Biden has decided to suspend the

Hello All, We hope 2021 finds you well, in spite of the continuing challenge of the global pandemic, January’s somewhat disagreeable weather, and of course,

Sipping and enjoying a whisky is all good, knowing the history of what you’re drinking is better, but something that can stump everyone is the

Marcus walks us through the differences between ex-bourbon and ex-sherry barrels; where they come from and how each of their properties give a different flavour

On Monday 22nd February 2021 Whisky Auctioneer made whisky history as the final hammer came in over the auction of a ‘Perfect Collection’. What was

The Heritage of Scotch Drinking Whisky

Marcus walks us through how scotch whisky has been drunk through the years, how it has developed and how it has got to where we

Ben Nevis distillery sits in the town of Fort William in the Scottish highlands, the banks of the River Lochy at the doorstep and its

Understanding how Whisky is produced

Marcus talks us through where whisky originated from, how it is produced and how it has grown into one of the most popular drinks of

What Whiskies to look out for in 2021

Whisky is in the midst of a boom. All around the world new people are turning to whisky as they discover a love of the

Elite Wine & Whisky are proud to announce their sale of the Tullibardine 2015 casks and 2021 new spirit casks. History of Tullibardine In the

Hello All, As we approach one of the more unusual festive periods of our lifetime, there is a sense of anticipation in most industries that

Hello All, As England enters a second lockdown, and with similar measures in Scotland, Wales and Northern Ireland impacting on everyone’s plans for the months

Hello All, We have now reached Autumn, and while we’re looking ahead to possibly the strangest winter ever, nonetheless September still means that the nights

Hello All, We hope this newsletter finds you well. There have been some exciting developments in the last month that we are keen to share

Hello All, We hope this newsletter finds you well as the country emerges from lockdown. Despite some challenges we have faced this year, here at

Hello All, We hope you are keeping well and safe. It has been a very strange few months but we’re pleased to announce that we

Hello All, I hope you are well and finding plenty to keep you occupied during the lockdown. We remain in ‘business as usual’ mode during

I hope this newsletter finds you and your loved ones safely during these challenging times. It’s hard to imagine that only a few short weeks

0
0
Your Cart
Your cart is empty
Continue Shopping